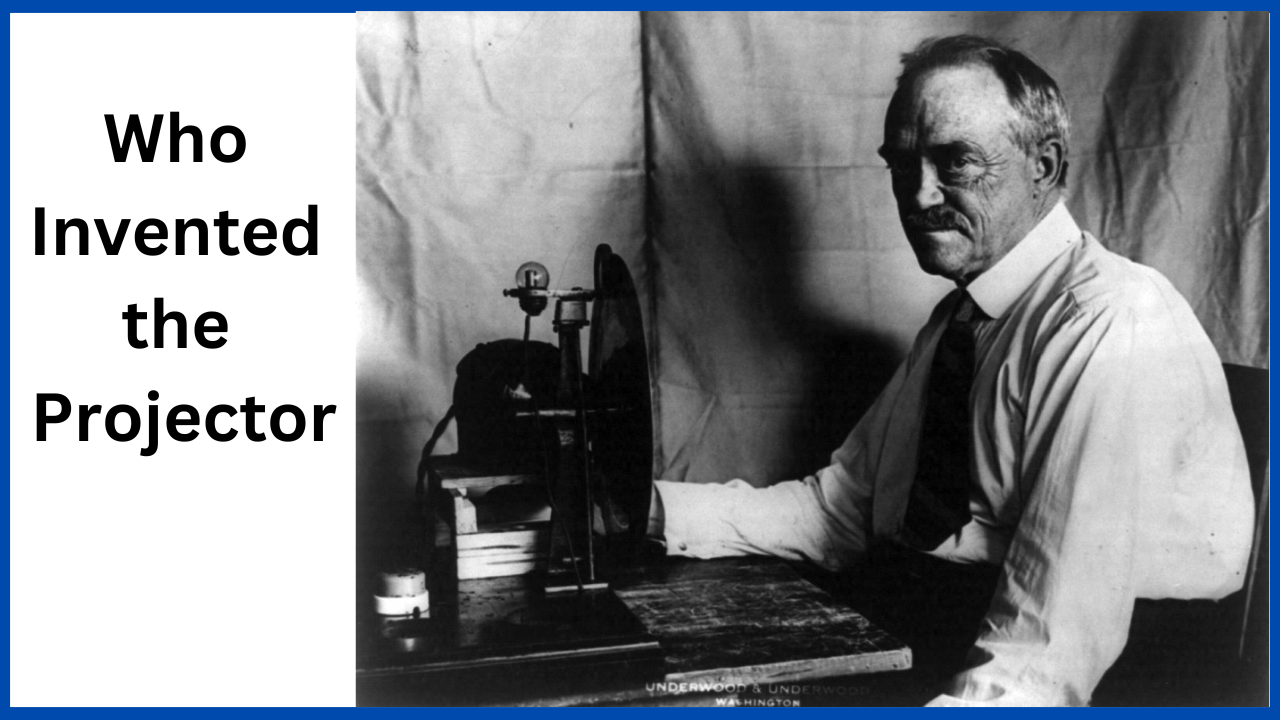 Most of us have seen a projector in use at some point – whether in a classroom, at a business meeting, or even at a movie theater.

But have you ever stopped to wonder who invented this handy device? Read on to learn about the history of the projector and how it has evolved over time!

The Beginnings of Projectors

It is hard to say who invented the projector, as the technology has been around in some form or another for centuries. The modern projector as we know it began to take shape in the late 1800s, with early versions being used in magic lantern shows and scientific demonstrations.

One of the earliest known projectors was the “magic lantern,” a device that used a mirror and a light source to create images on a wall or screen. Magic lanterns were used for entertainment and education, and by the 1700s, they were popular enough that there were public shows in London featuring them.

In 1833, English scientist Charles Wheatstone invented the first machine that could project moving images. His “phenakistiscope” used spinning disks with images on them to create the illusion of movement when viewed through a viewer. This was an important step forward in the development of projection technology.

It wasn’t until the 1880s that true projectors began to be developed. In 1881, Civil War photographer Eadweard Muybridge created a machine called the zoopraxiscope, which projected drawings and photographs of animals in motion. This was an early version of what would become known as an animation projector.

Who invented the projector? The first modern projector was invented in the late 1800s by Thomas Edison. However, the concept of projecting images goes back much further in history.

The word “projector” comes from the Latin word projectus, which means “to throw forward.” This is fitting, as projecting images is essentially throwing them forward onto a surface. The earliest known examples of this date back to the early 1400s, when Italian artist and architect Brunelleschi created a device for projecting images of studies onto walls and canvases.

In the 16th century, another Italian artist, Giovanni Battista della Porta, wrote a book called Magiae Naturalis (Natural Magic), which included instructions for how to make a camera obscura. This device used a mirror to reflect an image onto a surface, and it became a popular tool for artists who wanted to capture an image without having to draw it by hand.

The first modern projector was invented by Thomas Edison in 1892. Edison’s invention used a carbon arc lamp to project images onto a screen. This type of projector was later improved upon by other inventors, such as George Eastman and William Dickson,

The Impact of Projectors

Projectors have come a long way since their invention in the late 1800s. Today, they are an essential part of both business and education, providing a way to share information and collaborate effectively.

While their use has evolved over time, their impact has remained constant. Projectors provide a versatile and convenient way to share information with groups, making them an invaluable tool in both work and learning environments.

As we continue to rely on technology in both our personal and professional lives, projectors will only become more essential. They offer a flexible and easy way to share information and ideas, making them an invaluable tool for anyone who needs to communicate with others.

Who Invented the Projector?

The projector is a device that has been used for centuries to project images onto surfaces. The first known use of a projector was in the late 1400s by Italian artist and architect Leon Battista Alberti. He used a device called a camera obscura to project images of rooms onto canvas so he could paint them.

In the early 1800s, German inventor Johann Heinrich Vogel designed a projector that used mirrors and lenses to project slides onto a screen. This design was later improved upon by Englishman Henry Dircks, who created the firstMagic lantern projector in 1826. This type of projector became very popular for entertainment purposes in the Victorian era.

Today, projectors are used for a variety of purposes, from business presentations to movie screenings. While their designs have changed over the years, they still serve the same basic purpose as they did when they were first invented.

In the early days of cinema, projectors were large and unwieldy machines that required a team of operators to run them. But all that changed in the early 1900s with the invention of the magic lantern.

The magic lantern was a revolutionary new type of projector that was much smaller and easier to use than its predecessors. It quickly became the standard for movie projection, and remained so for many years.

The magic lantern was invented by German engineer Karl Freiherr von Drais in 1808. However, it wasn’t until the late 19th century that the device began to be used for cinematic purposes. In 1897, French filmmaker Georges Méliès used a magic lantern to project his short film “La Caverne maudite” (“The Cave of the Demons”), which is believed to be the first ever horror movie.

Today, projectors have come a long way since the days of the magic lantern. But this early invention played a pivotal role in the history of cinema, and remains an important part of movie-making even today.

The kinematoscope was the first projector invented, and it was created by Thomas Edison in 1891. This machine used a series of rotating disks to project images onto a screen, and it was the precursor to the modern-day projector. The kinematoscope was not widely used, however, as it could only project images that were hand-drawn and did not produce sound.

The Vitascope was the first projector specifically designed for use in public movie theaters. It was invented in 1896 by Charles Francis Jenkins and Thomas Armat.

The Vitascope used a variety of lenses and mirrors to project an image onto a screen. It was capable of projecting both black-and-white and color images.

The Vitascope was a commercially successful invention, and helped to popularize the use of projection technology in public settings. 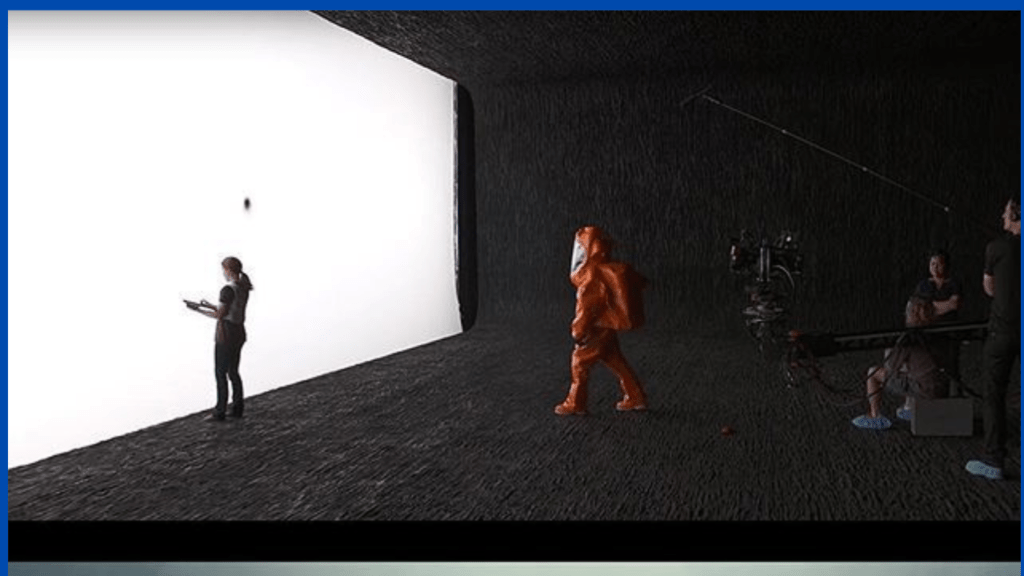 The history of projection technology is fascinating, and the projector has come a long way since its inception in the late 1800s. The man credited with inventing the projector is Louis Le Prince, and his story is pretty incredible.

Le Prince was born in France in 1841, and he moved to England when he was just a teenager. He started working in the photography industry, and he eventually invented the single-lens reflex camera. He also experimented with motion pictures, and he is believed to have shot the first ever film in 1888.

However, it was his invention of the projector that really made him famous. He patented his design in 1889, and it was unlike anything that had been seen before. His projector used a spinning disc to project images onto a screen, and it was able to create a realistic illusion of movement.

Le Prince’s invention was revolutionary, and it paved the way for the development of modern cinema. Unfortunately, he died mysteriously in 1890, just two years after patenting his design. His death has never been fully explained, but it’s clear that he left a lasting legacy on the world of projection technology.

Also for you : How Do Laser Projectors Work

Also for you : How Do 3D Projectors Work

Also for you : Different Types of Projectors

The projector is a device that has been around for centuries. The first recorded use of a projector was in the early 1400s, when an Italian architect used a lens to project the image of the sun onto a building. In the early 1800s, another Italian scientist used a mirror to reflect sunlight onto a piece of paper, creating the first projector.

Projectors work by using a light source to illuminate an object or scene. The light is then projected onto a screen, where it can be seen by an audience. Projectors can be used for a variety of purposes, including educational presentations, films, and live events.

There are many different types of projectors available on the market today. Some projectors use lasers to create the light source, while others use traditional incandescent bulbs. projector technology is constantly evolving, and new features are being added all the time. For example, some projectors now have the ability to connect to Wi-Fi networks and stream content directly from the internet.

If you’re looking for a way to make your presentations or films more exciting, a projector may be the perfect solution. Thanks to their versatility and portability, projectors are becoming more and more popular among consumers and businesses

The projector is a versatile tool that can be used for a variety of purposes. Whether you’re looking to create a home theater system or simply want to watch a movie on a big screen, a projector can help you achieve your goals.

While there is no one definitive answer to the question of who invented the projector, it’s safe to say that this useful device has been around for centuries and shows no signs of disappearing anytime soon.