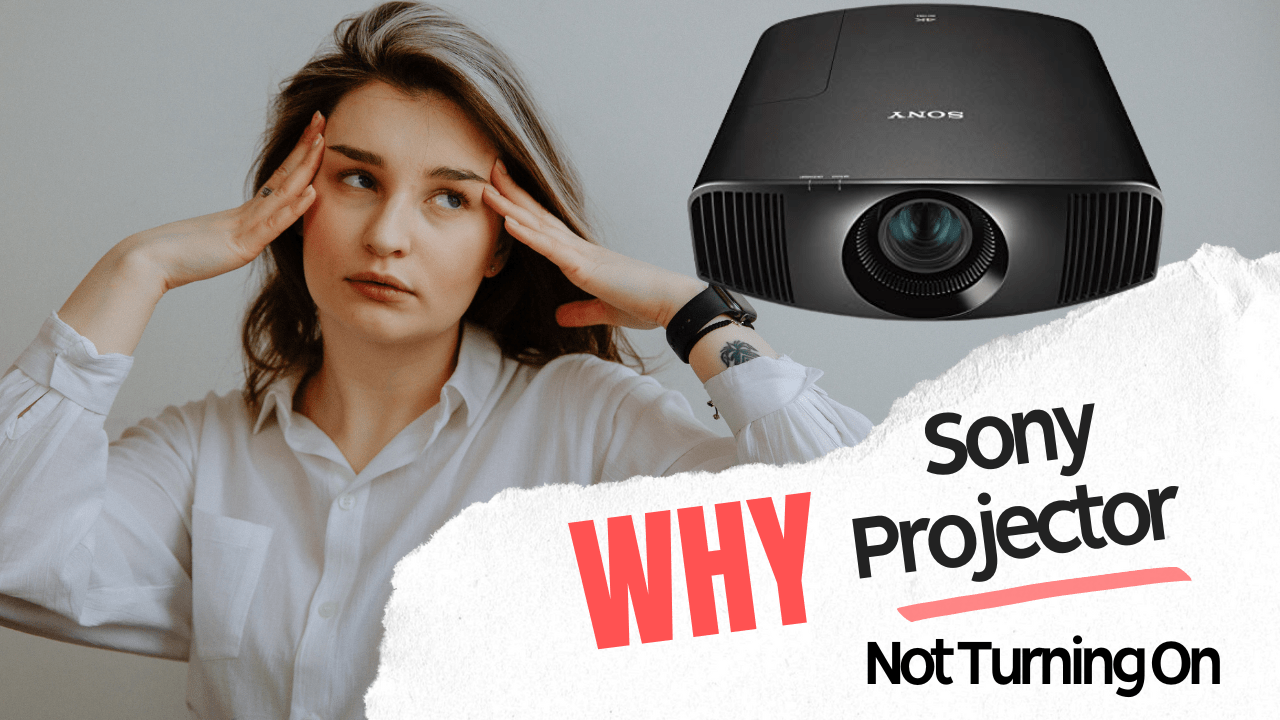 Have you ever come across a Sony projector that won’t turn on? If yes, you are not alone. For some reason, while buying a Sony projector, we don’t really expect it to have any problem. However, some time later, it goes into a coma.  And you don’t have any idea what to do with it.

Along with the demand of projectors, the number of problems with these projectors is also increasing. The following page will look at the reasons why Sony Projectors are not turning on and the different ways that you can go about fixing the problem. After reading this blog, you’ll know what to do if your Sony Projector is not turning on.

Common Reasons Why Your Sony Projector Won’t Turn On. There are a few common reasons why your Sony projector may not turn on.

One possibility is that the projector is not properly plugged into an outlet or power source.

Finally, if none of these solutions work, it is possible that the projector itself is defective and will need to be repaired or replaced.

Also for you: 12 Common Projector Problems and Solutions

What are the steps to troubleshoot the Sony Projector that won’t turn on?

If your Sony projector won’t turn on, there are a few potential causes and steps you can take to troubleshoot the issue.

If the projector still does not turn on, check the fuse or circuit breaker to see if the power has been cut off to the projector.

If the power is still on, check to see if the projector’s lamp needs to be replaced.

Fixing a Problem with Sony Projectors: Different ways to fix the problem.

There are a few different ways that you can go about fixing a problem with your Sony projector.

Once you have done this, you will need to plug the USB drive into the projector and then follow the instructions on the screen to update the firmware.

If you are still having problems with your projector, then you can try contacting Sony customer support. They will be able to help you troubleshoot the problem and find a solution that works for you.

Also recommended for you : How to Reset Lamp Hours on Sony Projector – Pro tips

Also recommended for you : Why sony projector blinking green light – How to fix it

Also recommended for you : What Is projector lens memory?

Sony projectors are not turning on are certainly frustrating, but we want to make sure that you are not confused about how to fix the problem. There are several steps you will want to follow to troubleshoot your Sony projector. The first thing you want to do is unplug the projector and allow it to cool down for a few minutes.

Then you can plug the projector back in and turn it on. Sometimes this is all that is needed to get your projector to turn on. If you do not get any lights on the projector when you plug it in, you will want to check the outlet to make sure it is working.

You can also try the projector on a different outlet to see if that fixes the problem. If you have tried this and are still not getting any lights on your projector, you will want to check the power button on the remote or back of the projector. Sometimes these get stuck and will not allow the projector to turn on.