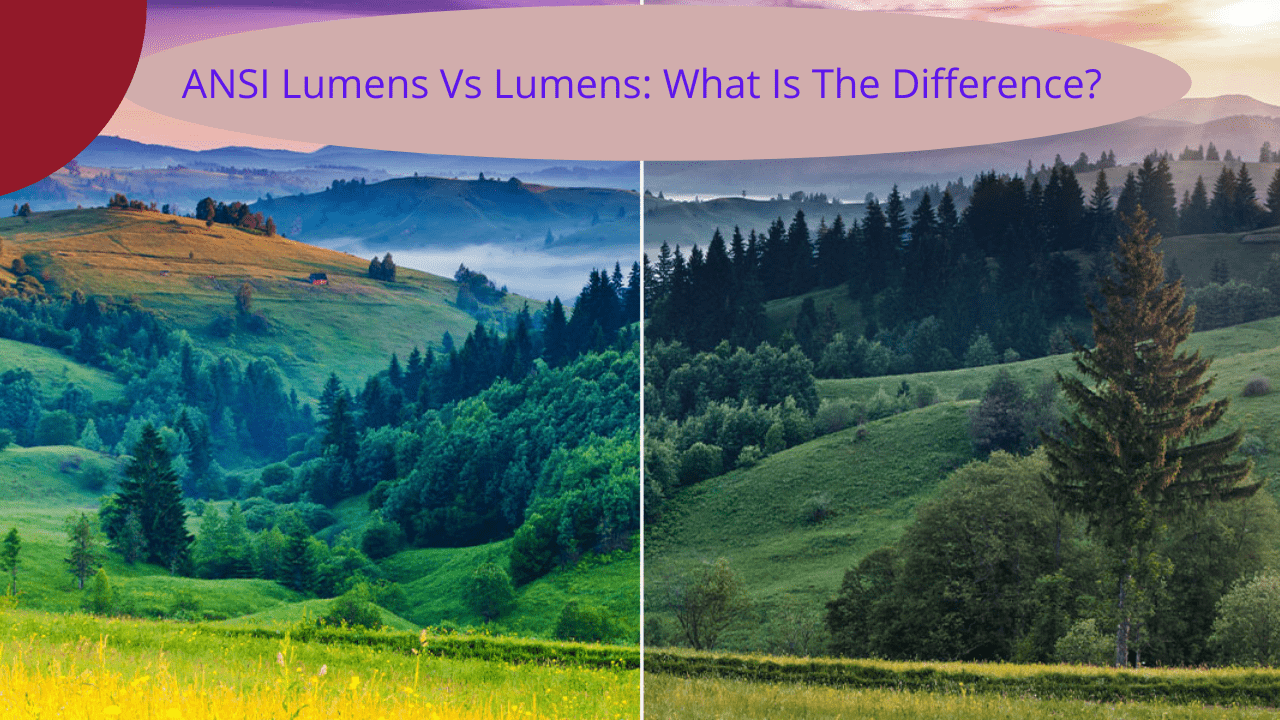 Whether you’re an expert or novice, choosing the right projector for you can be confusing at times. There is a variance in what you need to take into account like the brightness, resolution and how it will impact the image quality of your image to name a few.

Take brightness for example; some projectors come with lumen units while others list out ANSI lumens. It can get confusing to determine which one most closely reflects the output that one wants from their destination, as each lists out lighting units differently.

To make matters worse, both types cannot simply be converted between two different types because they rely on different methods of measurement and absolute brightness output isn’t possible by either unit. To solve all the confusion, we have come with a guide that will help you to ANSI Lumens Vs Lumens

What is ANSI Lumen?

ANSI Lumen is one of the standards for measuring the light output of a lamp. The standard was developed by the American National Standards Institute (ANSI).

The meaning of lumens and ANSI lumens.

ANSI (American National Standards Institute) is an internationally recognized private non-profit organization that develops and publishes performance standards for all sorts of devices.

ANSI lumens is a measurement of light output for a given light source. There are different standards for different lighting technologies.

The most common in use is ANSI lumens. Suppose you have a 100W incandescent bulb, and you want to know how much light it outputs. All you have to do is look at the ANSI lumen rating of the bulb.

So, what is the difference between ANSI lumens, brightness, and contrast ratio? They are all related, but one is not a substitute for the other. The ANSI lumens and brightness are measurable, while contrast ratio is a theoretical measurement.

The brightness and contrast ratio are known to be the main factors that determine whether an image may appear washed out and hazy. This is especially common when the wrong projector is chosen for the task at hand.

How to choose right projector?

There are two main factors you need to consider when making a choice:Projector type and Projector brightness.

The first type of projector is the LCD projector. These projectors are known to be energy efficient, and they require less maintenance when compared to other types of projectors.

In case you are looking for a projector that is going to be used in a room that has a lot of distracting light, it is best to choose a projector with a short throw, so that your audience can focus on the image instead of the projector itself.

The Brightness and its Units: 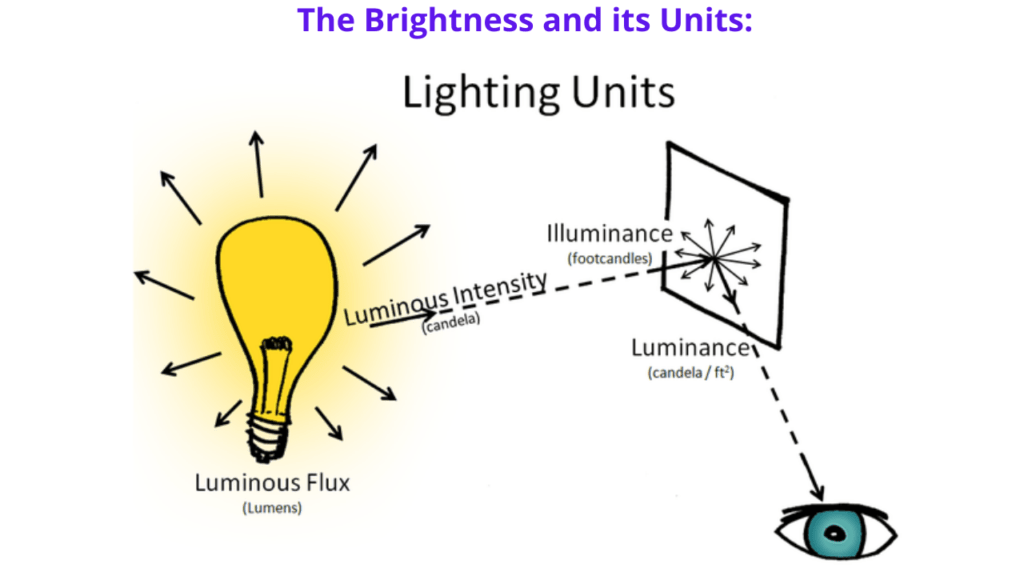 The brightness of a projector is measured in lumens. Lumens are units of light output. The higher the lumen rating of the projector, the brighter it will be.

This can help you get a feel for how bright the projector is going to be, giving you the ability to display your presentations in the best possible light.

This is why you should always look at the lumen rating before you buy one. However, there is a catch. Not all projectors measure their lumens in the same way. Some list out their lumen units in ANSI lumens and others in lumen units. If you’re not familiar with these two measurements

How Brightness is important while buying a projector?

Brightness is the most important factor to consider while buying a projector. The brightness of a projector is measured in lumens.  Brightness ensures that the picture on the screen is visible even in a well-lit room.

Related post for you : why brightness or lumens matters to projectors

The intensity of light increases when we increase the output of the lamp.

In case of projectors, brightness is the output of the lamp that is facing the screen. Let’s say if you have a projector with 200 ANSI lumens, and you want to increase the brightness, you can either increase the output of the lamp or you can change the lens to a stronger one, which will make the screen brighter, but the projector will have a smaller field of view. So, it’s important to know that the brightness of the projector is not about the lamp, it’s about the lens.

Also, Read This :What To Look For When Buying A Projector

The markets in the present time have a lot of variations and options to choose from. Therefore, it is important to take the time to know about the products and its specifications so that you can make the best and the most informed decision. About ANSI Lumens Vs Lumens

5 thoughts on “ANSI Lumens Vs Lumens: What Is The Difference?”